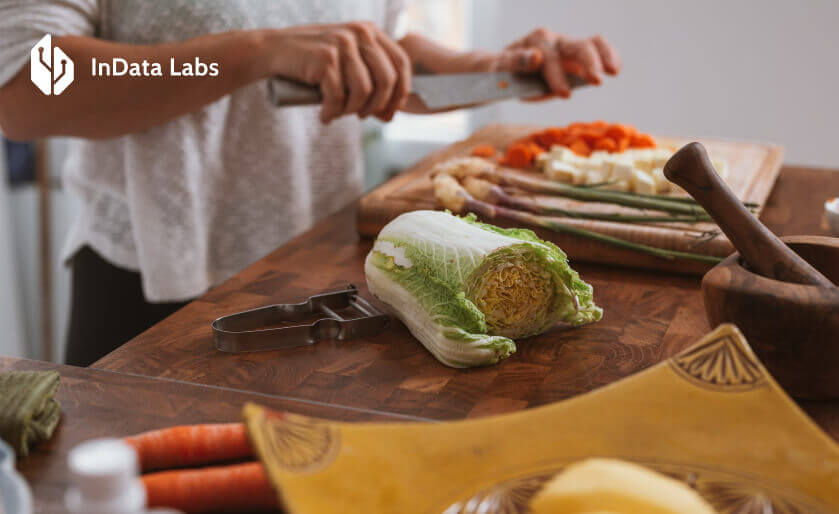 To realize the project of intelligent AI cooking assistant development, the client needed an experienced team capable of full stack development and AI consulting with a high-level of expertise in Data Science.

The client was looking for a team with professionalism, extensive knowledge in Machine Learning, a positive track record, great communication and an excitement for undertaking a project like theirs. They have mentioned that while interviewing over two dozen companies worldwide, InData Labs immediately stood out from the very beginning of the process.

The client came to us with an application prototype that already has a back-end, front-end, an iOS app and some AI that needed further developments. The main concern of the client was that the speech recognition functionality did not work properly.

InData Labs was challenged to develop a robust AI system – both the front- and backend (and IOS application) aspects of the app and the AI algorithm integration.

The idea of the app is to develop an AI cooking assistant that enables people to cook hands-free (because their hands may be busy preparing food). When cooking, you can dictate your recipe to the app and it records and saves it. Or you can ask the app to dictate some of the recipes to you while preparing the food. With the help of the cooking assistant, the user can cook without going back and forth between the recipe book or phone and the kitchen stove. The app allows for enjoyable culinary experiences.

The team working on the project included a Project Manager, Data Scientist, full-stack developer, iOS developer and a QA Engineer.

The InData Labs team made a new AI implementation for all application components. Since then, the application can be controlled by voice. The voice activation of the application and the recognition of user commands works very well, as well as the transcribing of the recipes text.

As per client’s request, we developed a custom AI algorithm for the pertinent feature of the app – an AI cooking assistant.

First, our engineers made a review and refactor for the rest parts of the application (back-end, front-end, iOS).

The next task was to develop a large number of additional features (such as automatic extraction of ingredients, automating sum-up of ingredients, recipe sharing via social media, push-notification, data-collecting etc). We reviewed and reconfigured the client’s cloud architecture on AWS to optimize costs and improve availability and sustainability. 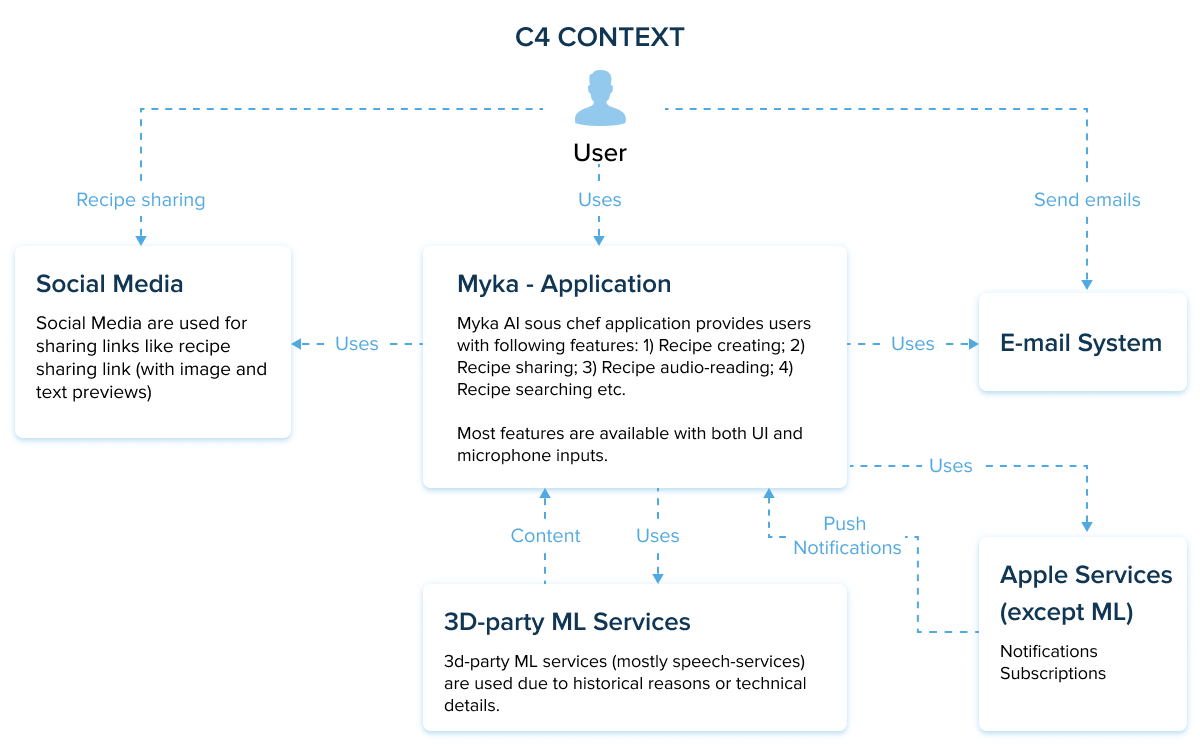 Thus, since the client requested the full-stack development services, the project was planned in 2 phases:

Phase I. To develop the back-end and front-end parts of the app.

Phase II. To develop an AI algorithm that made cooking digitized and effortless, without greasy phones around and scrolling back and forth between ingredient lists and steps.

To enable it, our team used voice to text recognition technology that helps convert speech into a written cookbook in the user’s phone. The technology allows for smooth voice recording and dictation.

The features we’ve implemented into the AI cooking assistant:

With recipe recording, cookbook and meal planner in one place, it’s easy for the user to make cooking fun and easy.

Understanding of the client’s needs and expertise in data science and AI, InData Labs helped the client realize the idea and introduce the functional application. The engineering team has developed a scalable AI-powered app and implemented all the features requested.

The work has resulted in a sophisticated AI mobile app Myka – the voice-powered & interactive recipe recording app for cooking enthusiasts. The AI-enabled kitchen assistant makes cooking fun – records and reads recipes with the user’s voice, stores all the data so the user will never forget ingredients again.