Exciting uses of image recognition that already changing our lives 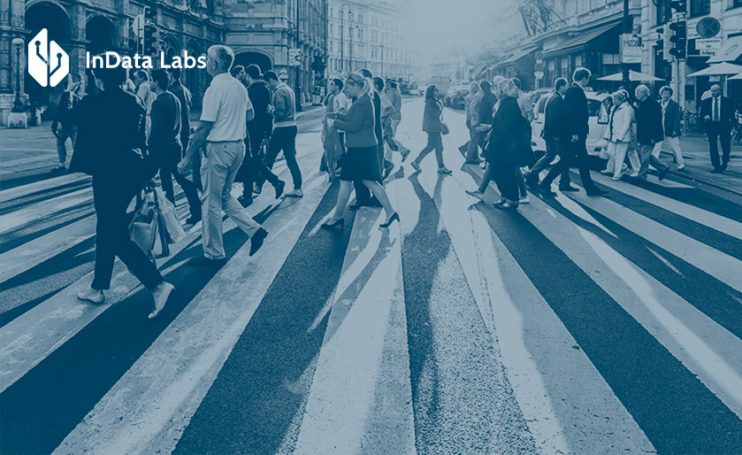 Image recognition has been a topic on our blog a few times before. It’s a technology that has not stopped gaining popularity for some time now, and we wanted to look at what other interesting and even non-conventional ways uses of image recognition software make a difference in different industries today.

Do you know the feeling of waking up in the middle of the night, opening your eyes, and seeing the same blanket of darkness as when your eyes were closed? For some people, that constitutes their whole lives.

Apart from the more apparent restrictions being blind or visually impaired brings, these groups of people are also cut off from one of the most essential tools of our decade: social media.

Some years ago, Facebook changed the way blind and visually impaired people use and interact with Facebook, all thanks to use of image recognition. It might sound trivial and straightforward at first, but for someone who lives in near or complete darkness, scrolling through Facebook to check up on friends’ activities can take hours instead of minutes.

Facebook combined its face recognition, image classification applications, and automatic alternative text technologies to generate not only an accurate description of the elements a photo contains, but also who exactly is in the photo, even if they’re not tagged.

They developed the feature for the visually impaired by an accessibility team that included Facebook’s first blind engineer, Matt King. Matt has been legally blind since his early 20s.

This feature is based on the same technology that suggests what friends you should tag in your photos. It is a machine learning system that analyzes the pixels of the face in the image, creating a so-called “template” to use for future reference in identifying people.

And here are more image recognition examples. Notably, the most known part to have benefitted from image recognition technology, is radiology. IBM estimated last year that at least 90% of all patient data comprises images. That has taken a big toll on the radiologists who need to evaluate an increasing amount of images every day.

Today, we are actually seeing a lot of cases where deep learning algorithms and image classification applications are outperforming human radiologists, and becoming a part of healthcare.

One more image recognition example is an Australian company called Enlitic, which is founded by Jeremy Howard, who is the former president of Kaggle. Enlitic focuses on detecting tumors in lung CT scans and providing an earlier diagnosis. In one of their internal tests, thanks to image recognition technology, Enlitic’s software was 50% more accurate in diagnosing a lung tumor as malignant compared to a panel of radiologists.

The ability to recognize and identify faces is a very useful feature for the security industry, especially for protecting private property from intruders.

Home security systems are nothing new. Many homeowners install systems that have motion detectors and are connected to a security company that is on call 24/7. The problem with such systems is that they are primitive. Often they trigger false alarms because they mainly rely on motion or heat detectors, and those methods cannot differentiate between the owner of the house who forgot the password, the household pet that is going for a stroll in the house, or an actual intruder.

With image recognition technology and QR code generator in the mix, home security systems can now combat such issues. They can recognize and remember household members (regardless of lighting or angles) and differentiate between people and pets.

Netatmo Welcome, for example, has a feature that will start recording video only when the system detects unknown faces. Ulo, an adorable owl-shaped personal security device, has a similar feature but takes it further. When in presence of unknown faces, the device will start transmitting live video to the device of your choice.

Image recognition is also being embraced by law enforcement. In the UK, the South Wales Police are using facial recognition technology to help them scan bigger events and crowds when searching for suspects.

The system works together with the officers rather than instead of them. If the system flags anyone who has at least 59% resemblance to the suspect, the match is sent to a human officer to double-check before any action is taken. The use of image recognition system has significantly cut down on costs and increased the overall efficiency of the police force.

Autonomous cars, although not widely available yet, are making significant progress towards that. Image recognition deserves a lot of credit for how well cars can navigate the world without a driver. Together with lidar and radar sensors, multiple video cameras detect traffic lights, read road signs, and keep track of other vehicles, while also looking out for pedestrians and other obstacles.

The benefits of driverless cars are many, and they are strong. Driverless cars can reduce the number of accidents, improve emissions compliance, and ease congestion. The reason is, machines are much better at following rules and faster at reacting to sudden distractions than humans.

Google’s self-driving project Waymo has been testing and developing self-driving cars for almost 10 years now. They have even built a small town in the desert of Arizona, the USA to trail their algorithm on different life scenarios.

Such leaps in technology are important for self-driving cars because, unlike in other industries, the margin for error is small. Every picture frame the algorithm is processing needs to be accurately analyzed in real-time as fast as possible because human lives are dependent on it.

Thanks to image recognition technology, you might not have to try on clothes before you purchase them ever again.

A device called visual mirror has been used by a few known brands, such as Topshop and Timberland, to try on the entire range of clothes from their collections. The visual mirror can be installed inside a shop or even outside of it to attract customers to come inside the shop.

The mirror is actually a big screen with multiple cameras that detect the different body parts of the person standing in front of it. The mirror picks the correct size, and you can turn around and see how the clothing sits on your body from all angles. You can also search for colors and styles of your choice, which makes the shopping experience even more convenient.

Some versions of visual mirrors let you take pictures of the outfits you’ve put together, send them to your phone and create a complete inventory of all the pieces that you can find physically in the store.

The technology behind AI Guardian scans full bodies rather than just faces and identifies so-called suspicious behavior based on a training data set that describes the attributes of a shoplifter.

A store test in Japan showed a 40% drop in shoplifting after this technology was implemented. Although this technology is yet not as wide-spread, the creators behind AI Guardian and other similar security cameras say that it’s only about time before it will be implemented, and the accuracy of the results perfected.

Work with InData Labs on your machine learning project

Have a project in mind but need some help implementing it? Drop us a line at info@indatalabs.com, we’d love to discuss how we can work with you.