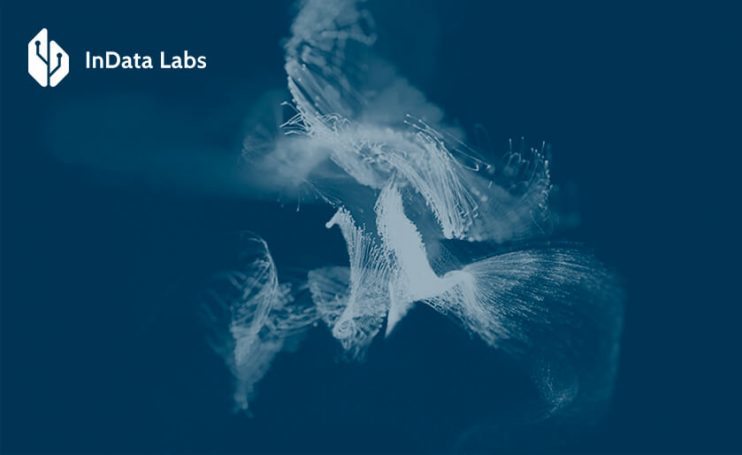 You must have already seen the captivating video by Mark Zuckerberg about Metaverse. Here, the CEO of Meta gives us a peek into what the metaverse AI can be expected to look like in a 77-minute video.

Indeed, the promise of immersive everything seems tempting as the prospects of metaverse itself. But how is that even possible? And what metaverse technologies fast forward to the Matrix-like future? Let’s find out. We’ll start with the definition of the metaverse.

What is Metaverse, anyway?

The discussions and debates on what metaverse is has been doing the rounds. Some say the metaverse is a collective virtual shared space, created by the convergence of virtually enhanced physical reality and physically persistent virtual space. Therefore, metaverse technologies include the worth of all virtual worlds, augmented reality, and the Internet.

It is also commonly alluded to as a networked 3D environment where users can communicate and interact with each other like they do in the real world. Others define metaverse as a network of interconnected experiences and devices, tools and infrastructure, which level up our experience beyond virtual reality.

As you see, there’s no agreed-upon definition. However, venture capitalist Matthew Bohl cites seven characteristics of another world, which are more popular than any other features.

There are some other concepts that are attributed to this phenomenon, but they are not widely agreed upon. For example, meta participants will have a single consistent digital identity (or “avatar”) that they will use across all experiences. The Meta company has made this concept a part of its vision. 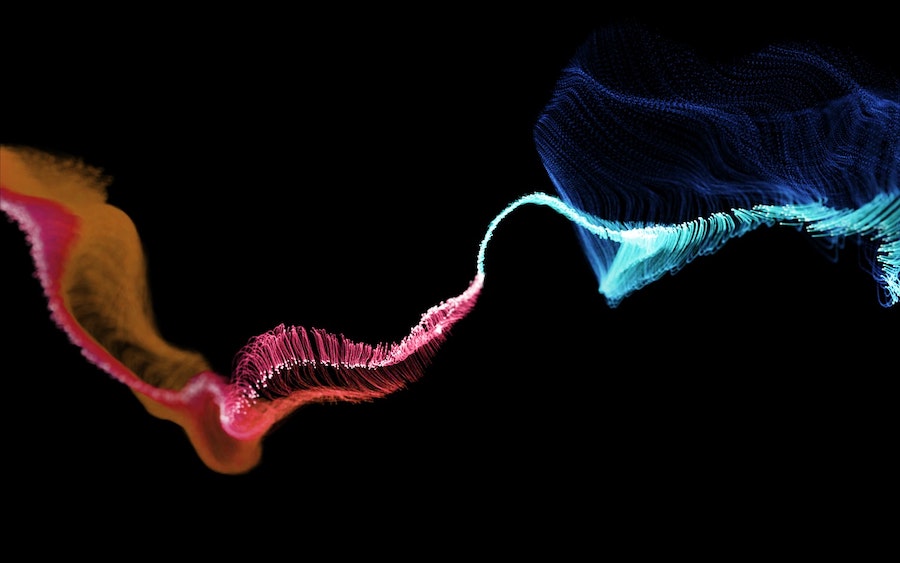 In reality, the interconnected future means that you can go shopping to a virtual shopping center, purchase a virtual item and pay for that with virtual currency.

This new immersive world can zoom out of nowhere. In its foundation, metaverse relies on well-known technologies that have also been making headlines.

Virtual reality is a computer-generated setting, typically immersive and interactive, experienced through sensory input such as video images and sound. Virtual realities artificially create sensory experiences, which can include sight, hearing, touch, etc., to stimulate the user’s emotional reactions. In other words, virtual reality uses software to create a simulated environment. It immerses users in this environment with the help of headsets and earphones.

Augmented reality (AR) is a live, direct or indirect, view of a physical, real-world environment whose elements are augmented by computer-generated sensory input such as sound, video, graphics, or GPS data. It is related to a more general concept called mediated reality. There, a view of reality is modified by a computer. As a result, technology functions by enhancing one’s current perception of reality. In simple words, augmented reality AI is a technology that overlays a virtual image onto the real world. 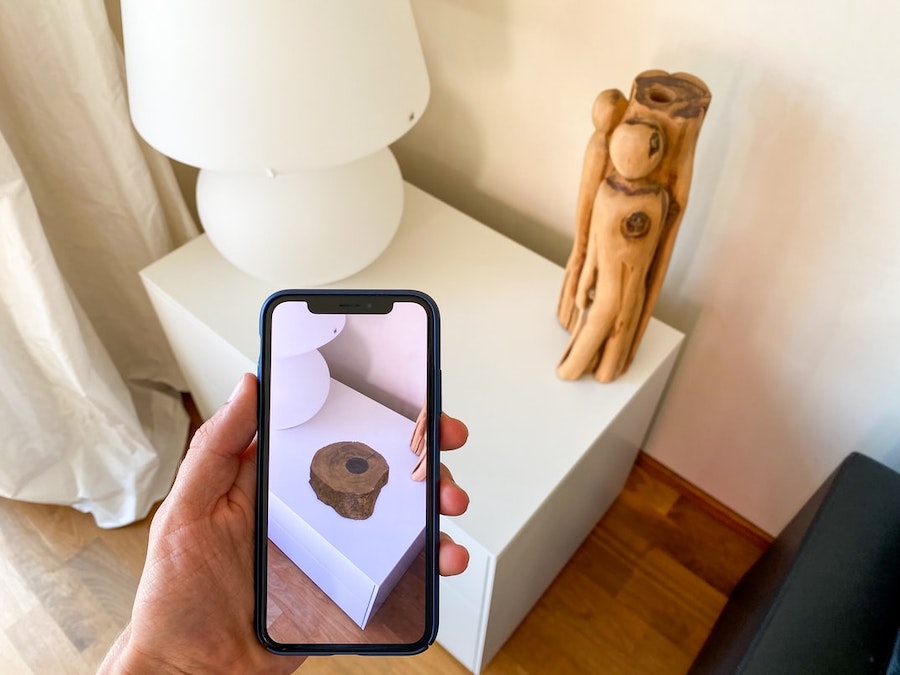 What is the difference between VR and AR?

These two seem similar, especially in the continuum of metaverse technology. However, the difference is huge. Augmented reality AI takes digital visual elements and blends them into the real world. It’s more accessible than VR with every smartphone having it with a camera. Pokemon Go, a famous AR game, is the most prominent example. AR can also be enhanced with intelligent algorithms, hence machine learning consulting is common when creating these applications.

Virtual reality sits on a different concept. Thus, it generates a completely virtual environment with an unrivaled immersive experience. VR headsets, gloves, and sensors help users explore the virtual world. Oculus Quest 2 is the closest to the metaverse so far. This VR headset opens up worlds of games, theater, and experiences that are an early model of the metaverse.

The roles of blockchain and crypto will play salient roles in the new virtual world. Blockchain is the underlying technology that powers Bitcoin and many other cryptocurrencies. It is essentially a database of information that can be updated only by consensus. At the same time, the main differentiator of blockchain is its decentralized nature and the promise of secure Internet space.

Therefore, it’s easy to image crypto and blockchain in the Metaverse technology stack (which is also to be decentralized). Since cryptocurrency is completely independent of the real world, it is a convenient payment method for digital realities as well. 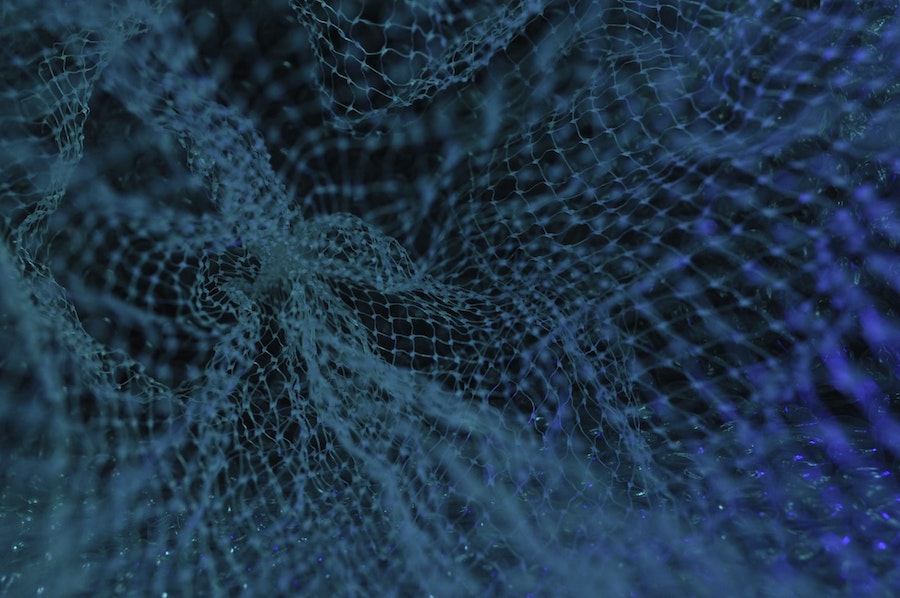 For example, Decentraland is built on the Ethereum blockchain. It is a decentralized virtual world software where you can buy virtual plots of lands with an NFT (non-fungible token) transaction. At the same time, blockchain technology secures the ownership of lands.

Besides AR, VR, AI, the new virtual reality is also dependent on 3D technologies. The latter encompasses both 3D reconstruction and graphics.

3D graphics is a generally known term applied to images or objects created using 3D computer graphics software. They are displayed with the aid of specialized display equipment, often referred to as 3D glasses, and can be shown on devices such as stereoscopic displays, handheld projectors, digital domes, and virtual reality headsets. 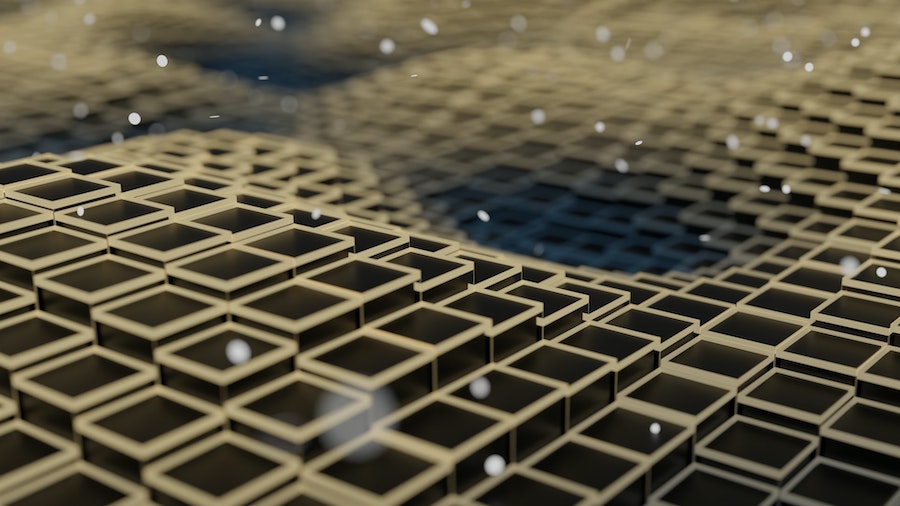 3D reconstruction, at the same time, is a technology used to visualize an object or environment. Through the use of computer-based technology, 3D models can be created that allow you to see the objects in a three-dimensional view. Today, it helps create detailed drawings and renderings. In the metaverse, however, the 3D world is crucial to ensuring the comfort of users.

The metaverse can only exist within the three-dimensional setting. It’s essentially a Digital Twin of our world and any real-life objects, places, and people. Therefore, meta creators will need a wholesome 3D capture and virtualization ecosystem to get it off the ground.

Meta has already rolled out a number of wearables that allow people to immerse themselves in the metaverse-like setting. But apart from wearables, the metaverse’s atmosphere must also match the real world. Therefore, we’re yet to see the whole power of 3D capture that will allow us to replicate the real world without meticulous manual input.

The Internet of Things

The connected Internet of Things (IoT) is the network of physical objects or ‘things’. These are embedded with electronics, software, sensors, and connectivity to collect and exchange data. IoT basically connects devices that are not normally considered computers. Therefore, IoT allows objects to be sensed or controlled remotely across existing network infrastructure, creating opportunities for more direct integration of the physical world into computer-based systems and solutions.

Today, IoT solutions are used to ensure seamless data flow and real-time updates. The meta version is similar. Connected devices will pull data from the real world to generate more accurate digital twins (imaging having the same weather in the virtual and real worlds).

Beyond weather sensors, IoT implementation can create a whole ecosystem of 3D devices. This will help creators simulate a whole range of real-time situations. By further adding AI, the 3D world can process the IoT data and produce decisions on its own. 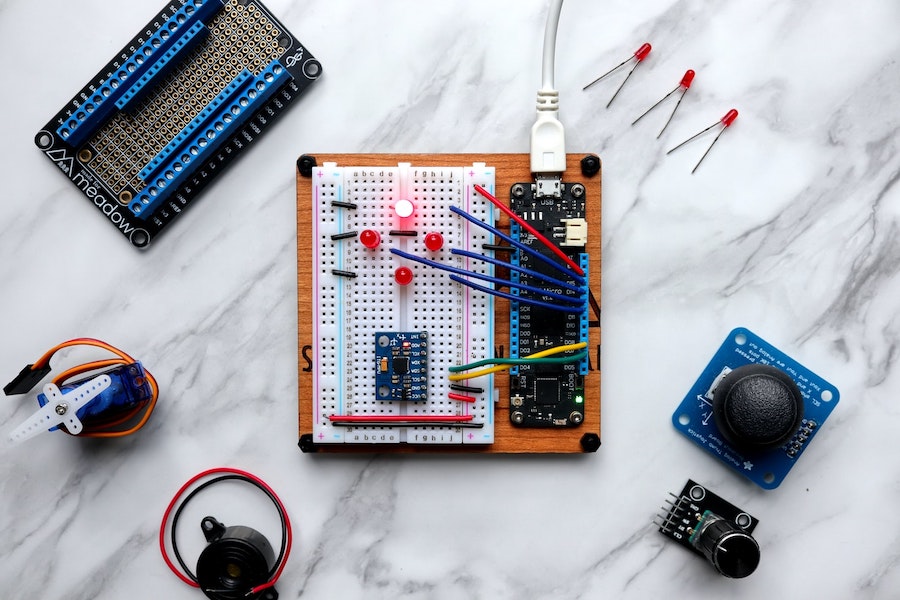 Why aren’t we there yet?

The concept of metaverse fairs well for user experience, but it does come with challenges and limitations. The latter hampers its quick implementation. Due to the high level of immersiveness, the biggest gripe of the metaverse is on the technology side. If you look into the history of the virtual world in terms of technology, then you will realize that this concept has been around for a long time. However, we still haven’t reached the at-scale implementation of AR and VR technologies that grant us interconnected reality.

Also, VR metaverse experience should go hand in hand with the interoperability of virtual assets and experiences. This is another uncompleted challenge for modern technologies since we lack large-scale platforms that remain interoperable.

Identity authentication issues can also be rampant within the new virtual reality. Avatars or our virtual representations would be hard to prove. Unwanted contact could become more intrusive as attested by a recent incident. It suggests that the virtual world already has a groping problem.

NFTs or tokens also reveal significant system flaws. Essentially, NFTs are posed to tackle the ownership problem of the virtual world. On the flip side, they can into a collective illusion of ownership. In this case, ownership of digital assets in the metaverse is hard to verify.

Therefore, blending offline and virtual interactions comes with the same share (if not larger) of risks as the current digital state.

Metaverse is the next-generation, decentralized and virtual ecosystem. It aims to build a blockchain-based infrastructure and framework that facilitates the building of decentralized applications (DApps), including virtual assets, digital identities, and value intermediaries. Unlike the current digital experience, meta consciousness will offer a 3D, multi-sensory experience backed by artificial intelligence and other disruptive technologies.

Today, the closest thing to the metaverse is the gaming experience in Fortnite and Decentraland-like spaces. According to Grayscale, the metaverse is to reach $1 trillion in annual revenue. Perspectively, it can compete on par with Web 2.0 companies, which makes it a lucrative untapped field for businesses.

Want to get your brand into the metaverse or implement AI into your organization’s infrastructure? Contact the team of experienced AI consultants and engineers.