Is Data Scientist a new Santa? 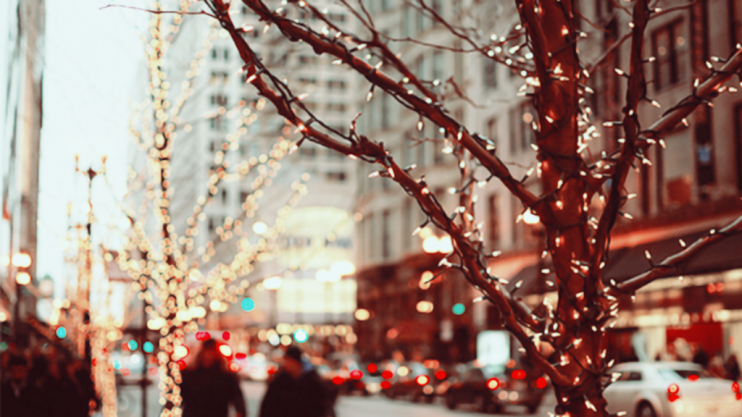 At some point each of us has been on the edge of nervous breakdown while choosing the best present for our friends and families, colleagues and acquaintances or just some random people we had to celebrate on the occasion.

What did you do to stay sane? Tried to Google the “…best present for Auntie Harriet”? Went straight to a local general store and asked a salesman for advice? Or you tried to “Sherlock” your way into the problem: stalked all of her friends and neighbours asking for advice, listened to her night dreaming and used the power of deduction in search of the best present? We’ve all been there. It’s hard to think of a worse situation than seeing someone being disappointed by your present but still trying not to show it. Nightmare.

However, our data scientists don’t have such a problem. Instead, they use their expertise in social media analysis, trend prediction, text and sentiment analysis – almost as magical as Christmas time itself. That’s why they have no doubt about their choice, their gifts always become the most desirable ones.

Our Chief Data Scientist whom we can with good reason call Alabaster Snowball, had no idea what his uncle, who’s been living in another country for a couple of years wanted to get for Christmas. Instead of making inconclusive assumptions about what dear uncle might be into, Alabaster decided to use relationship extraction algorithms on the data from social media and other Internet channels his uncle was using. He started with defining such relationships as “I want…”, “I like…” etc. Luckily it didn’t take long to find his uncle’s comment on one of the pages, that he “would rather get a mandolin than any other musical instrument”, but it didn’t seem reasonable to buy it for himself as he was only going to start taking music lessons. Mandoline! Who might have guessed! Only the quick-thinking relationship extraction algorithm.

As you’ve already guessed, during Christmas time our data scientists turn an honest penny as Santa’s Secret Service. At first it seemed to be an easy choice for our colleague Pepper Minstix what to give to his girlfriend. After all, they’ve been dating for 3 years already and Pepper was sure he knew his girlfriend like no one else. She was fond of cats, prefered tea over coffee and always seemed happy getting jewelry. But Pepper wanted it to seem like he could read his girlfriend’s mind. Deciding to concentrate on jewellery, Pepper came to the pure named-entity recognition problem. He ran an automated analysis of all the social media data connected to his girlfriend: using such attributes as “retweet, repost, follows etc.” Pepper Minstix was able to define his girlfriend’s closest network and find the most popular brands among this network. In order to make sure the reviews were positive he additionally used sentiment analysis of the text data. Not only was his girlfriend following the suggested brand on different social media channels, but she also actively tweeted, liked, reposted and commented on the items, similar to that one. And apparently her closest girlish network previously found was amazed by similar things. That was definitely a trend and Pepper was able to catch it at the very hot moment!

Shinny Upatree was in a harder position, his mom was not registered on any social media and her Internet activities were very limited. Shinny realized that there was no hope in Christmas Elves and took the matter into his own hands. Automated trend analysis was there at Shinny’s disposal. The “black box” of analytics algorithms allowed him just to put in certain characteristics of his mom, her hobbies and activities and the machine offered him to buy a new Countertop Stand Mixer by a top notch brand, which seemed to be a big deal among amateur pastry chefs like his mother. How was this done? The Random Forest was used to decide what is popular among people with similar interests (first) and among people of the same parameters like age and gender (second). After all the results were merged – voila! – Shinny Upatree had the exact recommendation.

Imagine we lived in the world where not only data scientists could easily decide on the best present. What if everyone could find the best gift for their loved ones in a mere moment using the same methods. Thanks to various CRM enrichment systems modern stores can already recommend products to users based on their personal interests, similar user classification, current purchase trends and future behaviour prediction. Gift recommendation system could work in a similar way. Social web provides us with so much information about people around us that if used reasonably the data may bring us closer to a balanced world of perfect presents and happy holidays.

Merry Christmas and Happy New Year from InData Labs Team! Let us know about your Christmas preparations and see whether we can help.